Many of these works were exhibited in early 2011 at Greg Kucera Gallery, Inc.. The pattern works, like Stars Gone Out and Lachrimae, were produced in a fairly direct manner: a guide drawing was worked out using compass and ruler on the surface of the canvas and then overpainted. Other works were based on loose, non-objective underpaintings (Anon., Blessed State), "accidental marks" (paint spatter in Daylight Evaporates, Transmission), or found images (Centrifuge was based on a photograph from a book; Facsimile is a reproduction of a photograph of a painting made two years prior) that were then gridded and “pixelated,” obscuring the source.

These dark paintings were shown alongside a contrasting series of very pale, subtly pigmented watercolors. The imagery was purposefully divergent and suggestive of dislocation; not coincidentally, the work was produced in a succession of temporary painting studios over the course of two years. 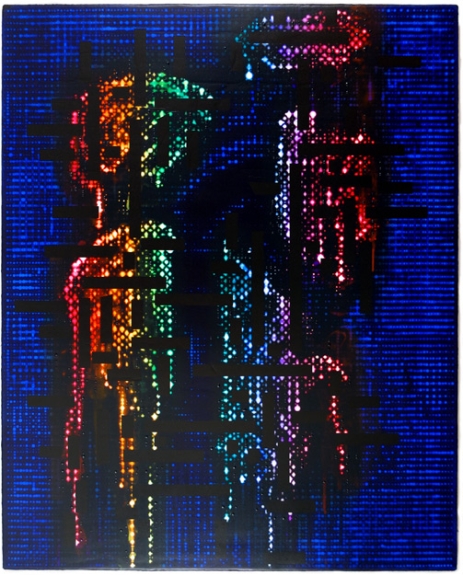