Continuing to build on the previous body of “light” themed work, this group of paintings took explicit inspiration from astronomical imagery like that produced by the Hubble Space Telescope. The gridded paintings were directly derived from comparative illustrations common to many astronomical textbooks, while the more random-seeming arrangements of circular patterns were intended to be evocative of wide astronomical surveys such as the well-known Hubble Deep Field. That the stylized galaxies and nebulae could equally stand for microscopic organisms was one of the particular attractions of this material. 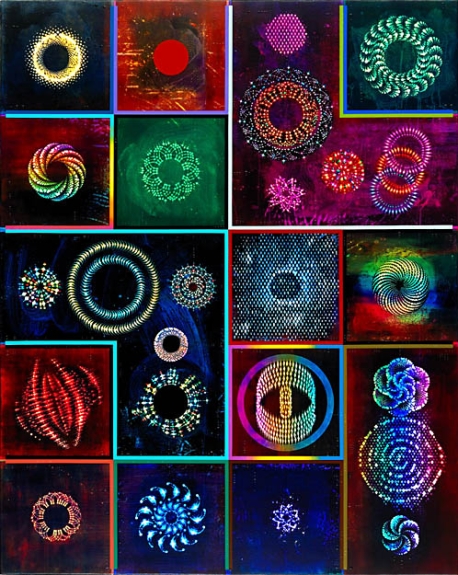